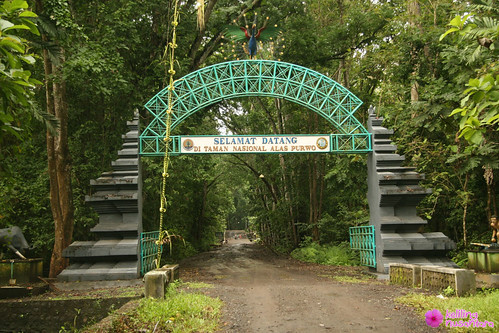 If you guys ever heard of forests untouched by human hands, natural, in which a wide range of wildlife living in the real sense as your imagination picture of the forest, so this is Alas Purwo, the oldest forests in Java, its existence remains sustainable until now, in contrast to most of Indonesian forests are already cleared for industrial and business purposes, denuded by illegal logging, the animals that live in it slowly extinct or if not hunted for disturbing the human, not the animals actually bothering us, we are the ones who actually destroying their homes. 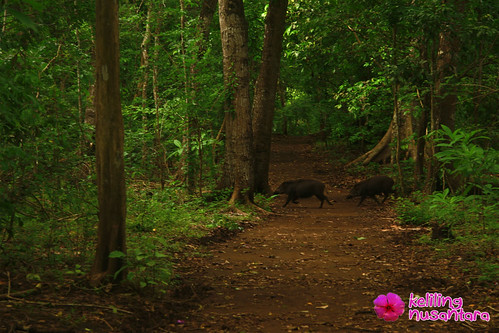 Alas Purwo National Park is located on the eastern tip of the Java island in the district Banyuwangi bordered by Bali straits on the eastern side and the Indian Ocean on the south, because of it, the south side of the Alas Purwo beach as the south coast of Java has high waves. Alas Purwo is typical of lowland tropical forest which has the ecosystems diversity, inside Alas Purwo we can find coastal forests consisting of mangroves that protect the coast from the fierce waves, next inside the forest we will find a lot of bamboo forest dominate the forest area, this occurs because the root system of bamboo is very suitable with the ground state of Alas Purwo that was karst type, in addition to the bamboo forest in the Alas Purwo, there are savanna as home of many wild animals such as cows and Java bulls, wild boar, wolves, and deer , there are also a variety of birds such as storks and peacocks that live in savanna of Alas Purwo, where the fauna is protected, so they remain stable in it. Inside there are also natural lowland tropical forest that occupies the core area of Alas Purwo.

The  Existence Alas Purwo which maintained continuity is due to several things, among others, because Alas Purwo protected by sea that has high waves on the side adjacent to the coast, while on the ground he was constrained by protected forests from illegal logging that keeping the forest ecosystem from distruction by human hand,with other factors is a local people awareness and forest managers are disciplined preserve Alas Purwo, when we visited to explore this forest, our guide tells the fact that, in addition to several local belief that Alas Purwo is “wingit” that has strong mystical aura and because it is always protected from malicious intent to damage the ecosystem. Regardless of the fact that the geographical location made it protected or public confidence in the mystical of Alas Purwo, this forest was last natural forest in Java that is really protected from illegal logging and this is what causes biodiversity sustainable living in it.

A Savanna located inside Alas Purwo National Park, this spot is home of a lot of wildlife including Java Cow or bull, they live in groups to defend themselves from wild predators who also lives in the neighborhood, there are also deer, elk, wild boar, monkeys, leopards and wolves, the balance of the food chain contained in this ecosystem makes it always awake naturally without human intervention. The best season to see these wild animals is the dry season when they gathered in the savanna that still have reserves of water that had been given by forest managers.

There are many caves in Alas Purwo National Park, some of the cave is still used as a hermitage by those who believe in mystical things.

There are many beaches that stretch along the southern and eastern edges of Alas Purwo, one of the most popular beach is Plengkung, one of the best sports surfing beach destination in the world besides Hawaii, some beaches may be mentioned here is Grajakan beach, Bedul Beach, Triangulation beach, Pancur and Ngagelan beach.

For approximately 5 to 6 months throughout the year between April to September in the coastal of Purwo Alas there are some turtles that lay their eggs in the warm sand along the beaches, turtle landing area is protected and be centralized at the Ngagelan beach as a center of turtle conservation in Alas Purwo.

In the holy days of the Hindus, the temple is used for places of worship, those who came originally from Bali and Java. 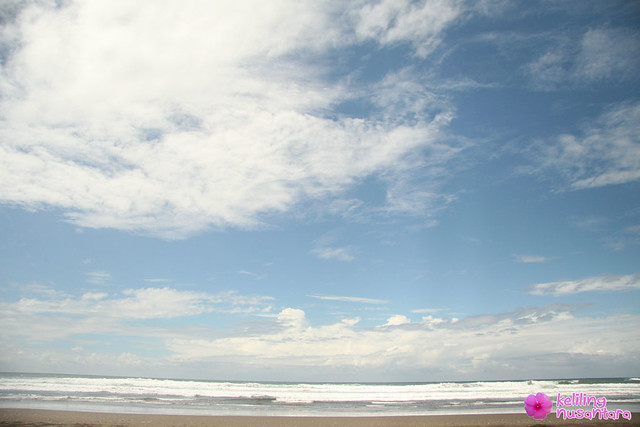